Trains through South Hams stopped after person hit by train 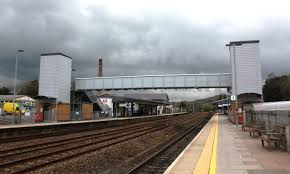 A person was hit by a train between Totnes and Plymouth on Monday night.

All lines in the area were closed for two hours and trains cancelled, delayed or diverted.

The incident was reported at 9.38pm when National Rail confirmed “a person has been hit by a train between Totnes and Plymouth.”

The spokesman added: “As all lines are currently closed, trains may be cancelled, delayed or diverted until approximately 23.30.

A National Rail spokesman said: “Lines have reopened between Totnes and Plymouth following an earlier incident where a person was hit by a train.

“Trains may still be cancelled, delayed by up to 45 minutes or revised whilst service recovers.”

National Rail said: "You may be entitled to compensation if you experience a delay in completing your journey today. Please keep your train ticket and make a note of your journey, as both will be required to support any claim."