One in 10 South Hams adults still unvaccinated against Covid-19

Around one in 10 adults in South Hams have still not received a coronavirus vaccine, figures suggest – one year after they were all offered the chance to get their first jab.
By Patrick Jack
Wednesday 15th June 2022 8:56 am
Share 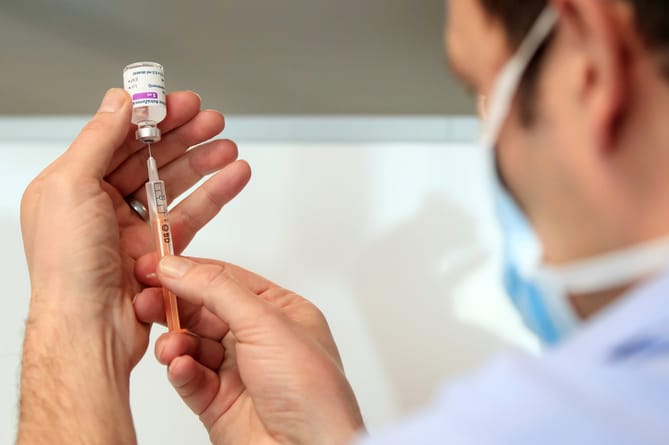 Around one in 10 adults in South Hams have still not received a coronavirus vaccine, figures suggest – one year after they were all offered the chance to get their first jab.

All over-18s in England have been eligible to book a Covid vaccination since mid-June 2021 in what marked a milestone for the vaccine rollout.

Data from NHS England shows 69,338 people aged 18 and over in South Hams had received a first dose of the vaccine by June 5 – at least 90.4% of those in the area, based on the number of people on the National Immunisation Management Service.

But it means roughly 9.6% remain unvaccinated.

Rates nationally differed between just 63.9% in Westminster, and 93.3% in Hambleton, Yorkshire.

Using Office for National Statistics data, which experts say are more accurate at a national level, figures show around 93.3% of adults across England had received a first jab by June 5.

Dr Simon Williams, of Swansea University, has been running a study into the public's attitude towards vaccines, and said ethnicity and deprivation are the two biggest factors which can help explain the inequalities in vaccine coverage.

The lecturer in psychology said a long history of social and economic inequality, experiences of systemic discrimination, and health disparities have led to more mistrust of government in some ethnic communities, particularly Black British ones.

Mr Williams also said a younger age demographic, vaccine misinformation and social norms have all contributed to low uptake rates in some areas.

He added: "Vaccines are the tools to continue to reduce the harm that Covid inflicts on people, including death and hospitalisations, but also reducing future rates of long Covid which currently affects 1.2 million people and the long terms impacts we still don't fully understand.

"We also need to better engage with some communities to understand what economic, social and cultural factors might be explaining why uptake is so low."

Mr Williams said many people think the pandemic is over and are much less worried about the risk of infection now, but the unvaccinated are still at a greater risk of infection and serious illness than those who have been fully vaccinated.

With 79.8% having received at least one vaccine, those aged 25-29 have the highest refusal rates in South Hams.

The Joint Committee on Vaccination and Immunisation recently advised the Government to provide an autumn Covid-19 booster programme in preparation for winter.

The committee recommends that those in older age groups, residents in care homes for older adults, frontline health and social care workers, and those with certain underlying health conditions receive a booster vaccine ahead of the winter period.

The recommendations come amid the rollout of the spring booster programme, which is targeted at adults aged 75 years and over, residents in a care home for older adults, and individuals aged 12 years and over who are immunosuppressed.

The Department of Health and Social Care said there are areas of the country with lower uptake, but it will continue to provide advice on how to get a vaccine and its benefits.

A spokeswoman added: “Vaccines remain the best way we can protect ourselves from the virus and it's not too late for people to come forward and get their jab."