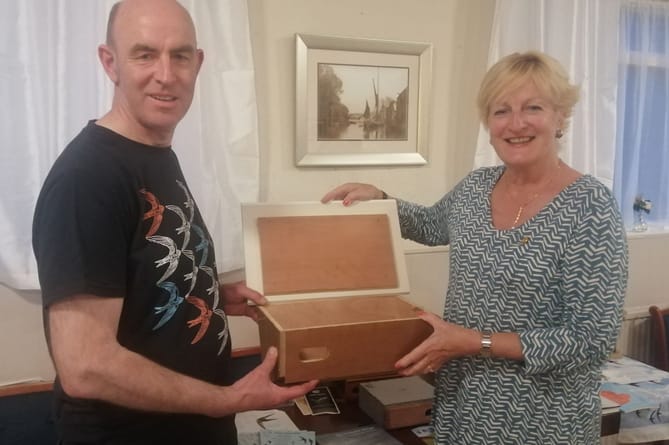 Swift enthusiast Alistair Whybrow of Kingsteignton talked to the group about a project to try and help boost numbers of the dwindling swift population.

According the RSPB, swifts are in trouble as in just 20 years more than half of the UK’s swifts have vanished.

swifts nest in gaps high up in the roofs of homes, churches and old factories, but when these are refurbished or demolished these important nooks and crannies are lost and swifts have nowhere to nest.

To help them, Alistair has put up nestboxes in his home town in a bid to boost local swift population.

He became fascinated by the birds after watching their annual migration to his home at the start of the summer, when they would ‘scream’ low down his street at high speed and whip around the terrace.

Swifts fly from Africa to Europe each year to breed - an annual round trip of 14,000 miles.

They can fly up to 500 miles a day on migration and spend their life almost entirely on the wing – after leaving the next where they hatched, they’ll keep flying non-stop for three years.

They eat, mate and sleep in the air, ‘snoozing’ with one side of their brain and then switching to the other side.

The swift holds the record for the fastest proven flight, recording an impressive top speed of 69.3mph in a recent study.

They pair for life and meeting up at the same nest site in the UK each spring, usually in gaps under roof tiles an in the eaves of buildings – but as more and more old buildings are demolished or renovated, many swifts are returning to discover their nest sites are gone.

Philip Hughes of Totnes Rotary urged anyone with swifts in their neighbourhood to get in touch so the club can assess providing nest boxes.

Unlike swallows and housemartins, swifts have dark underparts, a boomerang shaped wingspan and a short forked tail and you will often hear them before you see them as they use an unmistakeable, piercing, high-pitched ‘scream’ in full flight. 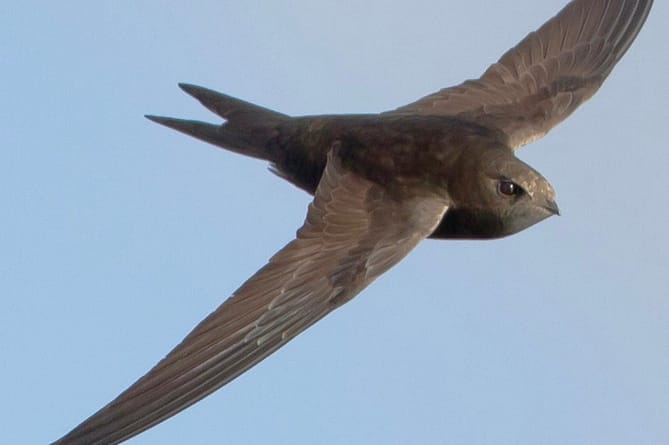 The best time to look for nesting swifts is from late May to late July, around dusk on a warm, still evening or early in the morning.

Watch out for groups of swifts flying fast at roof height, often screaming loudly as this means they are breeding nearby.

Philip said: “If you think that you have swifts in your neighborhood, please let us know and we can then assess whether we can facilitate suitable nest boxes to encourage other swifts to expand an existing colony.

“Unlike swallows and house martins, swifts have dark underparts, they never perch on wires and their nests are always out of sight.”

Philip added: “Totnes Rotary’s environmental group is a newly formed section of the club and we would like to hear from anyone who would like to be involved in helping with this project, or indeed have ideas for other environmental projects in our area.”

If you would like to report swifts in your area or have any other suggestions for local environmental projects, email philip at [email protected]